The beauty of an Egyptian Blue Monday 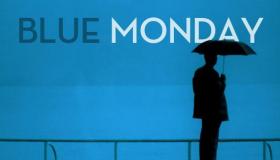 Usually, the annual Blue Monday is seen as the uttermost depressing day of the year. However, if you want to to brighten up this day, you can also look through the blue lenses of Bernhard Fiedler.

German-Austrian painter Fiedler accompanied Belgian king Leopold II during his visit of the eastern mediterranean in 1855-1856 and made several sketches during this trip. This particular picturesque scene depicts the countryside surrounding Thebes [Waset/Luxor] in 1855. Without doubt, the stereotypical theme of the aquarelle highlighting palm trees and headscarved villager should be seen as a reflexion of the orientalist fascination of the long nineteenth century.