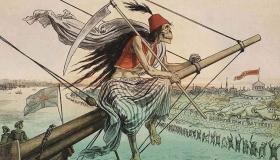 A life in colonial medicine

Today marks the second day of the 'responsible deconfinement' in Belgium, something Belgian physician in Alexandria, Pierre Dutrieux (1848-1889) would probably have agreed with. With this blog Gert Huskens and dr. Jan Vandersmissen want to introduce this remarkable and somewhat forgotten historical figure who witnessed the 1883 cholera outbreak in Egypt with his own eyes.

Born in Tournay in 1848, Dutrieux left Belgium for Egypt after he graduated in medicine at Ghent University in 1872. Interchangeably working in Egypt, Belgium and the Congo on tropical medicine and the struggle against slavery during the 1870s, he joined for example the first Congolese expedition of the Association internationale africaine between 1877 and 1879. During this expedition, Dutrieux engaged in a wide range of scientific activities. He compiled a French-Swahili dictionary, build healthcare infrastructure near Tabora, and also did craniological research on both skulls as well as on local inhabitants. 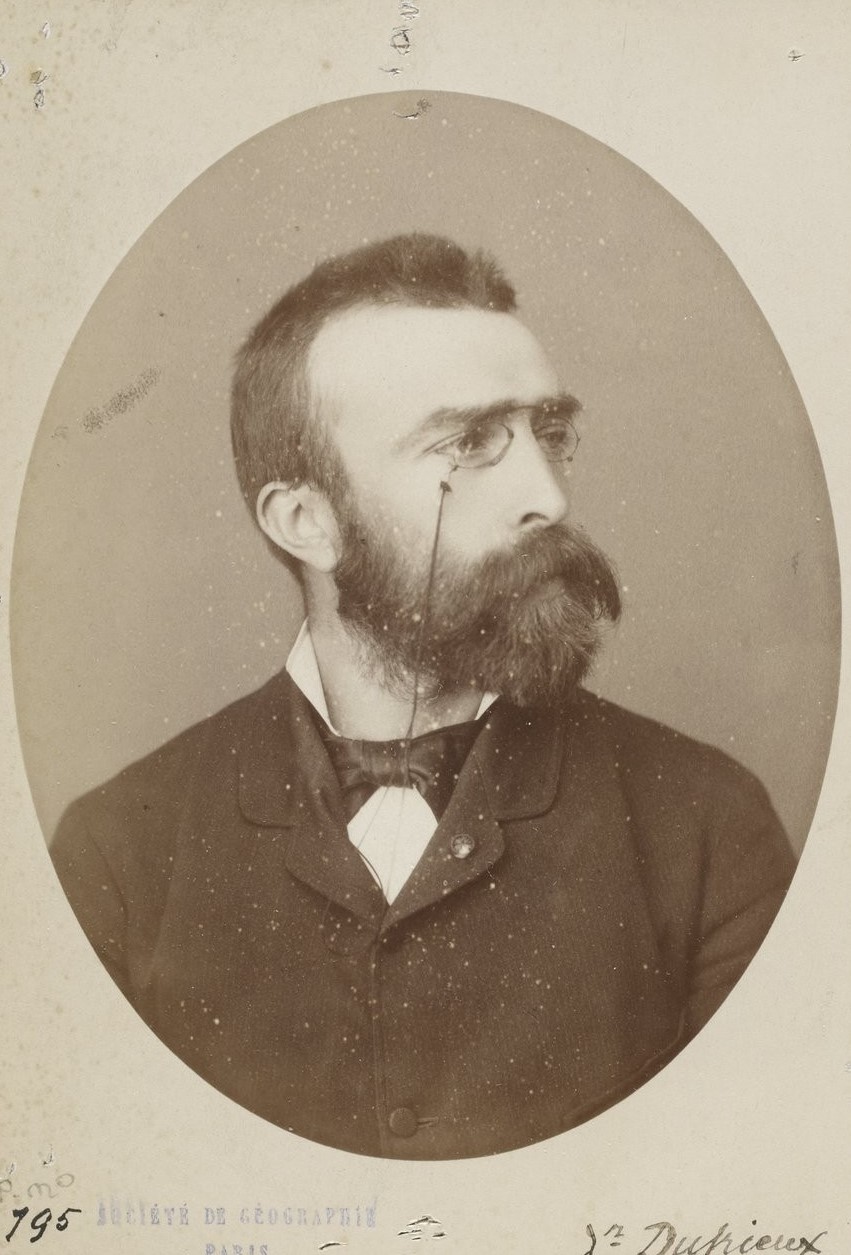 Once he had returned from the Congo around 1880, Dutrieux settled in Egypt and started to focus on international health and sanitation issues such as eye diseases and cholera around 1880. Following the report by the British surgeon William Guyer Hunter, a lively debate about the causes of cholera in Egypt had emerged. Dutrieux entered these discussions and focused on the endemic character of the disease. Whereas others had blamed the rise of international trade due to the opening of the Suez Canal in 1869 for the arrival of cholera, Dutrieux agreed with Hunter’s views. Dutrieux's own investigations in the Nile Delta for example completely aligned with what Hunter had published about earlier outbreaks of cholera which had scourged cities such as Damietta decades before the Suez Canal was opened.

Consequently, he did not see any advantage in quarantine measures, but rather envisioned a general improvement of Egypt's health and sanitation condition. At the Fifth International Congress of Hygiene and Demography, held at the Hague, August 21-27, 1884, Dutrieux wrote down his views on international sanitary measures. They sound oddly familiar to what has been entered into force today.

“M. dr. Dutrieux proposes to replace the quarantine systems with rigorous inspection and a serious disinfection in the various ports for those arriving from both infected countries and those suspected to be infected with transferable diseases such as the pest, yellow fever, cholera, typhoid fever, smallpox, and in a general way, all diseases threatening public health, and by the application of an international sanitary code.

In order to avoid confusion in regard with the meaning of the word quarantine, he proposes to replace it with the words “sanitary control”.

In order to prevent all ambiguity, I have to add, Mr. President, that I have the honor to do these proposals, in my own name and in no way as a delegate of any country, in the above-mentioned terms, to be considered at the 1st Section at the opening of Tuesday’s session.

In contrast with the German microbiologist Robert Koch who tried to isolate the vibrio cholerae bacteria during the 1883 outbreak in Egypt, Dutrieux aimed his attention towards the political and institutional responses to the pandemic. He proposed a transition towards an international system of 'sanitary control' entailing 'rigorous medical inspections' and 'serious disinfection' which had to replace the often arbitrary national quarantine regimes. This focus on personal sanitary responsibility enforced by external control is something which is gaining ground in the Belgian COVID-19 debate only recently. 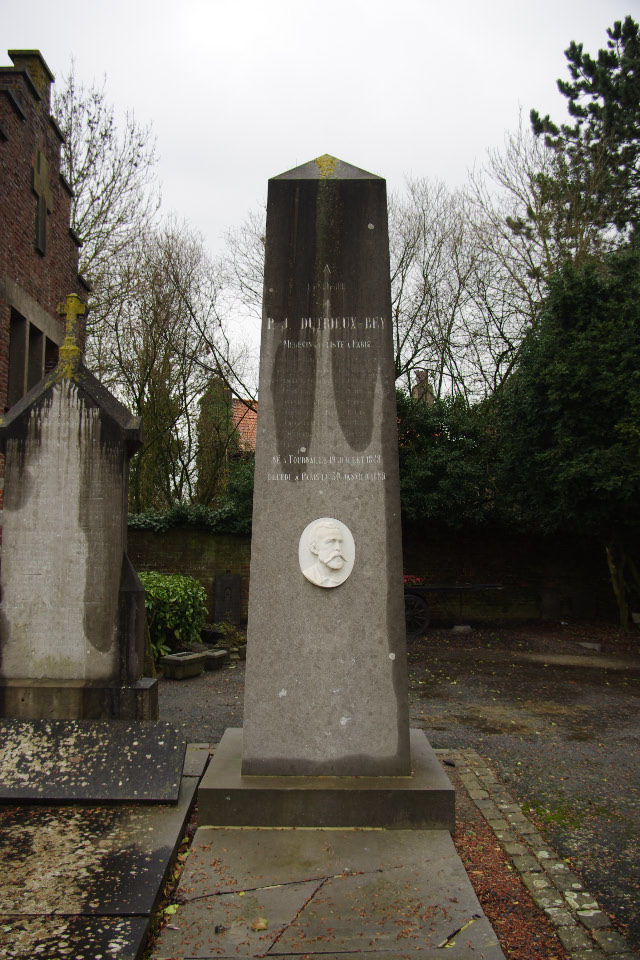 After he completed his research in Egypt, Dutrieux returned back to Europe. He published his memoirs Souvenirs d'une exploration médicale dans l'Afrique intertropicale and in 1888 he moved to Paris. In the same year, he married Marie Philippart. She was not only born in the same city as Dutrieux, but she was daughter of one of Belgium’s most important investors in Egypt Simon Philippart. Only one year later however, Dutrieux passed away at the age of 41. He was buried at the cemetery Sud in his hometown Tournay underneath an obelisk-shaped monument. While this seems a reference to his experiences in Egypt at first sight, it most probably refers to the iconography freemasonry. Pierre as well as his brother Henri Dutrieux who was buried at his side were freemasons.

The obelisk tomb of the Dutrieux brothers in Tournay. © Photo by Thierry Selva

As an actor who worked across imperial borders, Dutrieux’s life highlights the interconnectedness of Belgium’s presence on the African continent and the flexibility of these kind of actors. Alongside his colleagues Onofrio Abbate, Edgar C. Bérard, Antonio Colucci, Tassos Demetrios Neroutsos and Marc Armand Ruffer he most certainly deserves his spot in the history of modern Egypt.