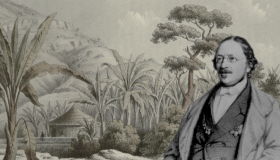 Long before Belgian imperialism reached central Africa, the Belgian Royal Palace was already interested in the continent during the reign of Leopold I. Due to dynastic feuds, the crumbling influence of the church and the rising power of local warlords current day Ethiopia, also known as Abyssinia, was seen as a possible victim for European imperialism. In this context, Belgian consul-general in Alexandria Edouard Blondeel Van Cuelebroeck was sent on an imperialistic expedition to the area between September 1840 and October 1842. A trip showcasing the thin line between science and empire in this era.

With the possibilities of Belgian encroachment of the region in mind, Blondeel Van Cuelebrouck saw great potential in using gifts as a diplomatic icebreaker. In order to respond aptly to the tastes and demands of the Abyssinian local lords, the Belgian consul inquired some Abyssinian visitors of Alexandria. In this context he forwarded the following demands to the Belgian king.

“ If your Excellency thinks it is of our interest to entrust me with an expedition to Abyssinia, I am asking you to provide me the following goods: twelve muskets, some flintlock rifles – but it would not be wise to give them too much information about those -, about thirty razor blades, fifty pairs of scissors, some inferior Tournais tapestries, twenty sets of needles and twelve pairs of pistols.”

As the above list makes clear, Blondeel Van Cuelebroeck wanted to showcase Belgium’s finest industrial products rather than just kindly present a set of gifts. They had to trigger the Abyssinian interest for Belgian products and result in lucrative contracts for arms factories, textile manufactories, etc.

In this context, Blondeel Van Cuelebroeck headed local warlord Birru Goshu in 1841. Following his introduction at the court, a meeting aimed at exchanging gifts was organised. The following objects were handed over to Birru Goshu during this event: a punt gun, a sabre, luxurious textiles, Indian mousseline textile, a harmonica, a ring, a snuff box, a paternoster in coral, English sunglasses, a silver tobacco box, three scarfs, a saddle and a mobile pharmaceutical kit including chirurgical instruments. Birru Goshu was heavily impressed by Blondeel Van Cuelebroeck’s generosity and the Abyssinian warlord felt obligated to return the favour. Since his Belgian guest had expressed his admiration for some of his unique manuscripts, Birru Goshu had the feeling he was compelled to hand these over to Blondeel Van Cuelebroeck. Alongside copies of the Tarika Nagast chronicle and the civil and canonical law book Fatha Tagast, the Belgian consul received a richly illustrated copy of the Dersan Mikaël hagiography. 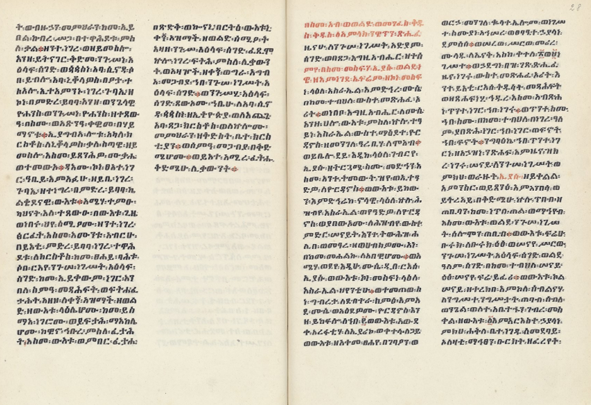 This remarkable intercultural exchange is a clear example of how diplomats at the time engaged in science-related practices. Through the collection of cultural objects with a clear historical and artistic value, they stimulated research both in the colonies themselves as well as in te metropole. However, the ultimate goal of this visit was solely commercial-political. An agreement was reached that Belgian would pay 100.000 Austrian thalers and 7000 Belgian rifles in exchange for an assault of Birru Goshu’s troops on the lands of another warlord named Ras Oubye. Subsequently, Birru Goshu would hand over the lands to the Belgians and a catholic mission was allowed to be built in the south of Gojjam. Blondeel Van Cuelebroeck’s gifts clearly did not miss their target.

The Abyssinian Lion bites back 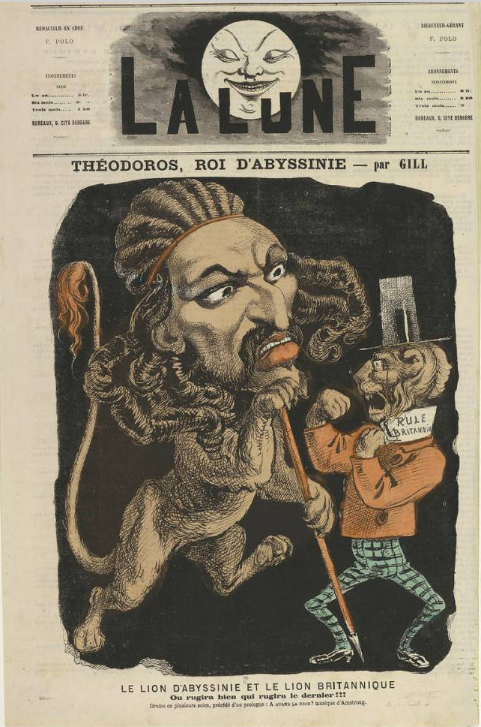 In the end, Van Cuelebroeck his attempt to gain a Belgian stronghold in eastern Africa failed miserably. In Belgium, there was almost no commercial nor political support for his ambitious ideas. Moreover, Ethiopia was transformed through the policies of emperor Tewedros II. He succeeded to crush local resistance and reinstall his imperial reign. Tewedros II his success in laying the foundations of a unified Ethiopia should undoubtedly be seen as the ultimate failure of Belgium’s divide and conquer strategy. During one of Tewedros II’s expeditions Birru Goshu was taken prisoner at the Battle at Amba Jembelli in March 1854. Fifteen years long, Birru Goshu was held captive until he was sentenced to death by Tewedros II’s successor Tekle Giyorgis II in 1869. Contrary to Birru Goshu, Blondeel Van Cuelebroeck’s life was not affected by this Abyssinian fiasco. He went back to Belgium and was able to successfully pursue a career in diplomacy. Sadly enough, Van Cuelebroeck lost his precious manuscripts on his way back to Belgium. Until today, it is not known whether these masterpieces still exist. A dreadful consequence of this unknown episode in Belgian imperial history and a great loss for the Ethiopian culture.

Tewodros II pictured as the
Abysinnian Lion fencing of
British (and Belgian) imperialism.