Gert Huskens: Help! My neighbour is a hoarder!

Sunday morning, you’re awake way too early and you end up watching an American ‘hoarders’-reality show. Before you even realise it, you’re gazing at someone who has crammed all the corners of a house with piles of clutter and boxes filled with seemingly useless objects. Of course, this phenomenon is not unique to contemporary American households.

Deep down in the holdings of the Antwerp Felix Archives, a remarkable photo album shows similar scenes in a house at 58, Osy Street. Today, this house lies between the university quarters and the working class Seefhoek neighbourhood, but from the second half of the nineteenth century onwards, it was home to the extravert Hasse-Gitten family. The photos, made in the year 1900, allow us to see how Georges Hasse (1880-1956) is slowly taking over the house of his parents Jean-Laurent Hasse and Emma Gittens (1850-1930).

While Antwerp was increasingly transformed during a periode of nineteenth-century urbanisation, Hasse was a curious witness of what the city's soil had to offer. Inspired by his father, architect Jean-Laurent, who already collected some remarkable objects during his career, Laurent proved to become one of Belgium's first amateur-archeologists and assambled his own private collection. Most of the objects are relicts of the Stone Age or animal remains but you can surely see some exotic objects as well.

We haven’t been able to spot Egyptian antiquities, but if you see something, make sure to notify us!

Photos are courtesy of the Antwerp Felix Archives © 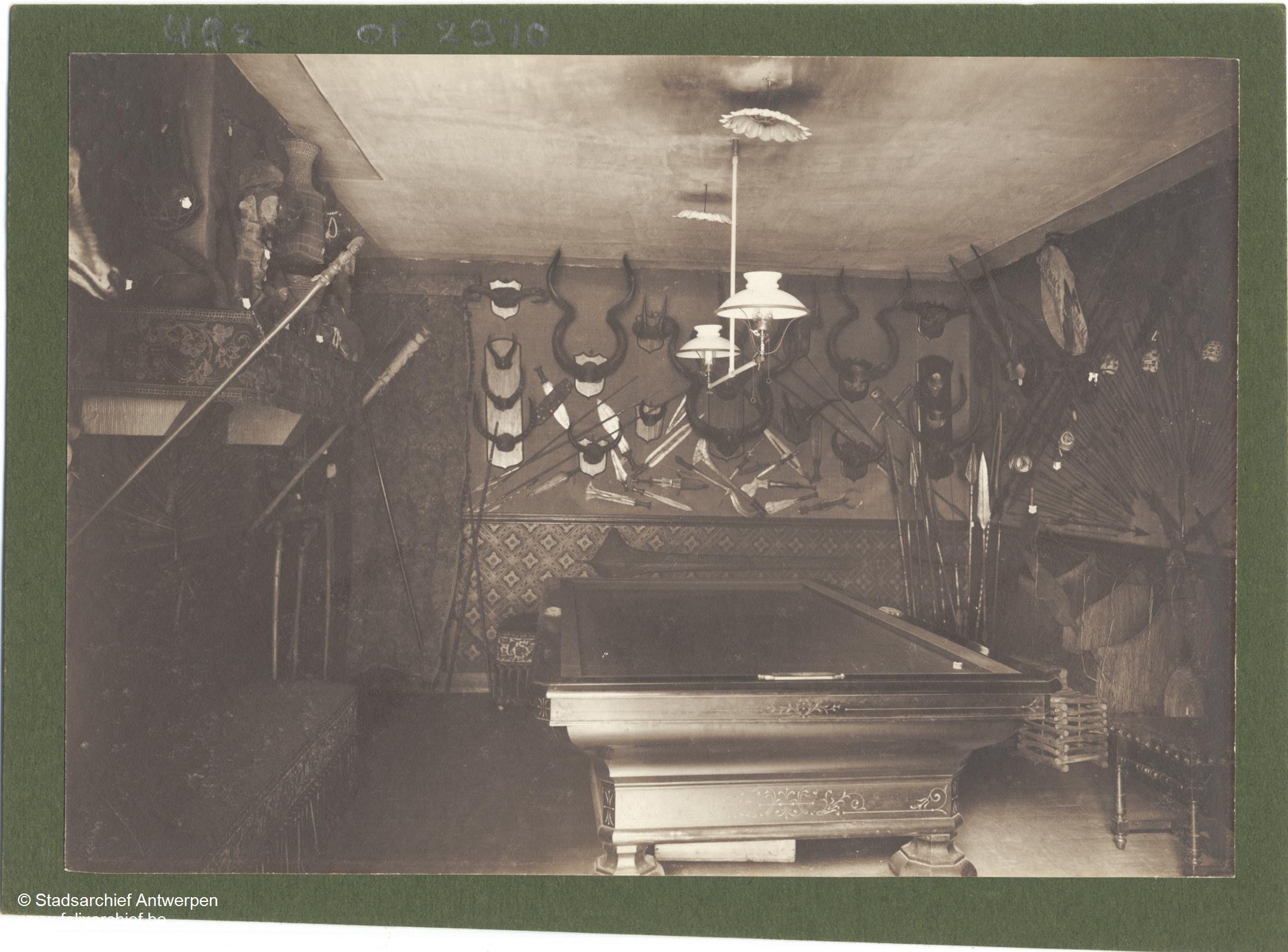 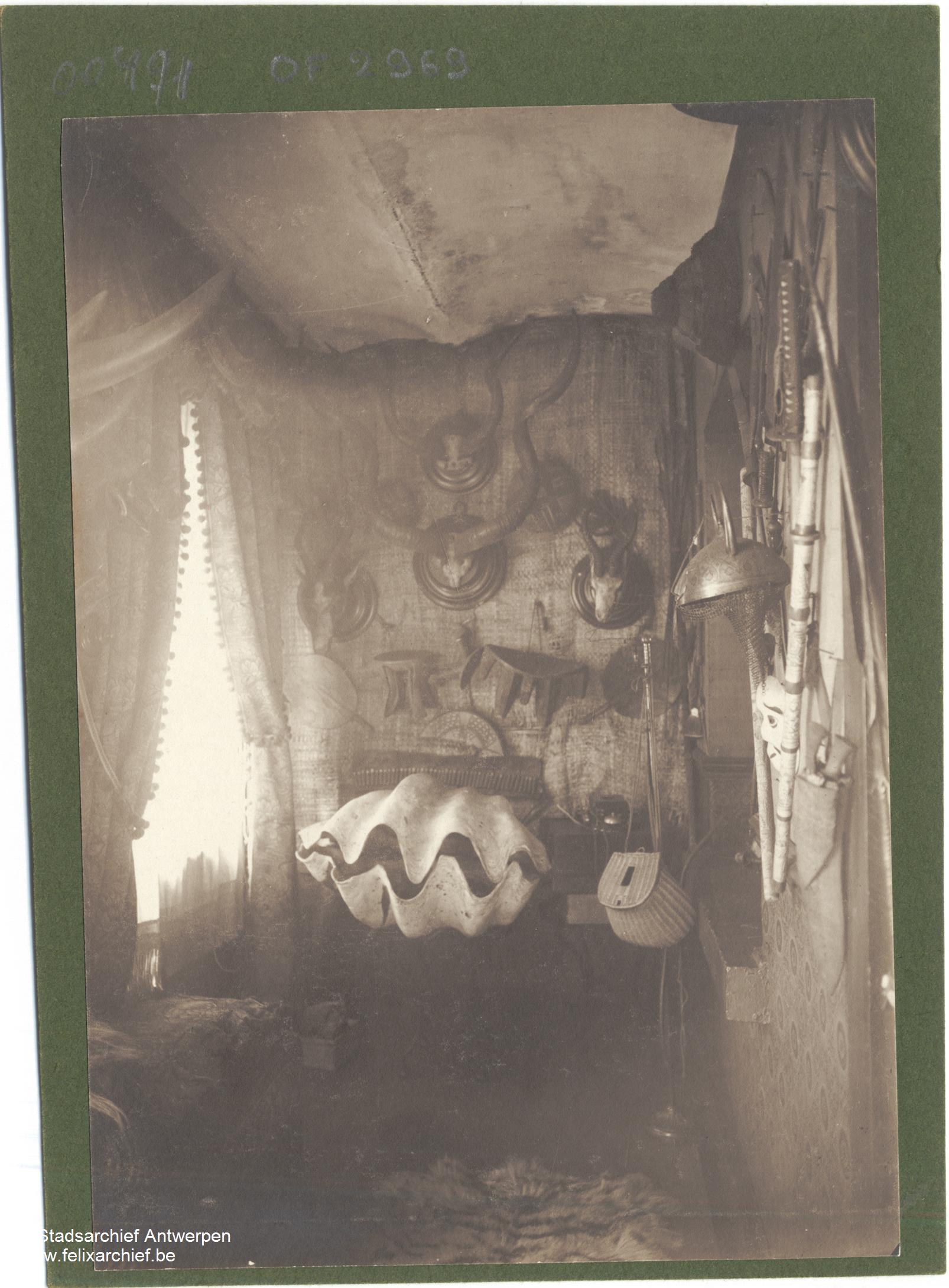 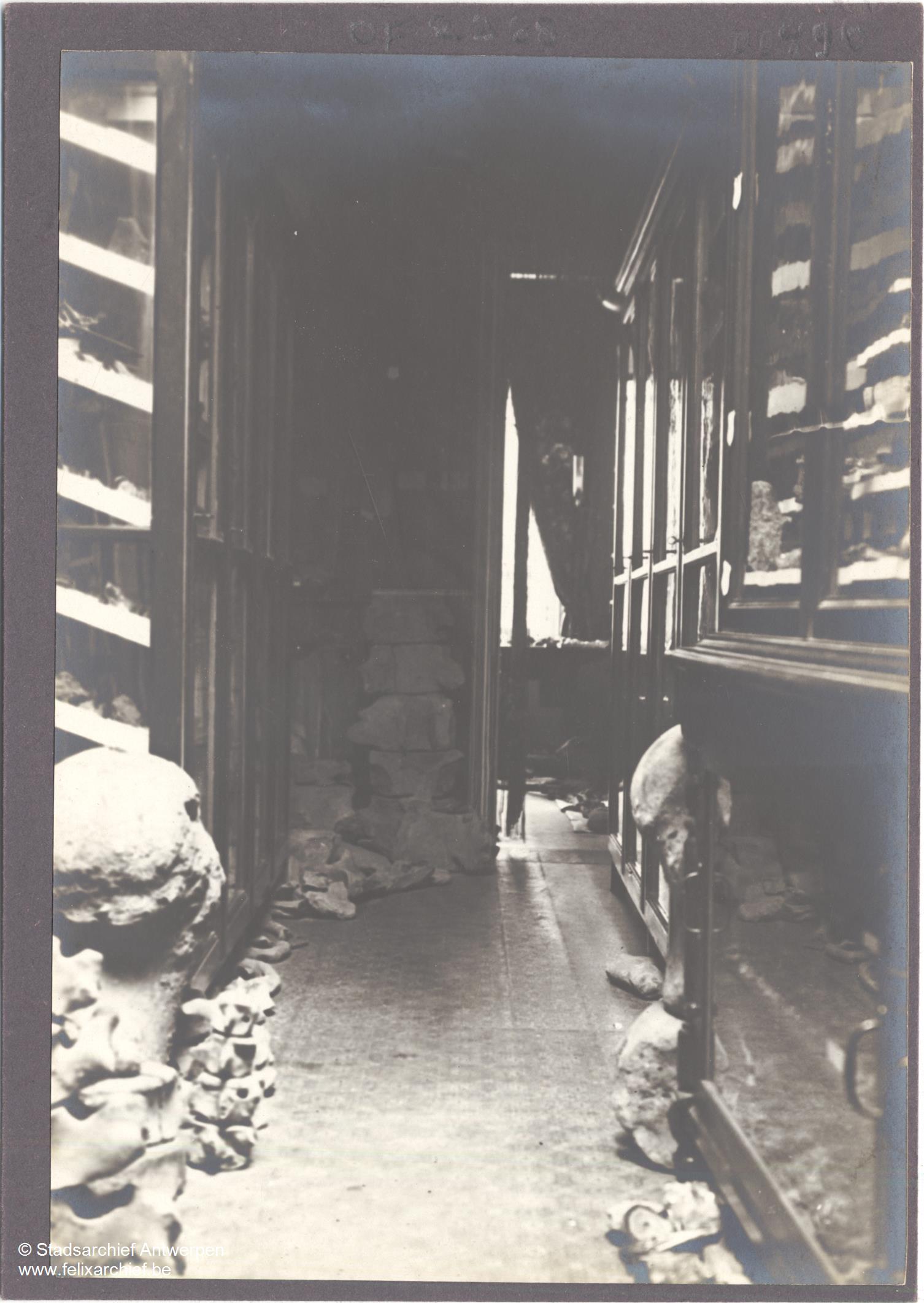 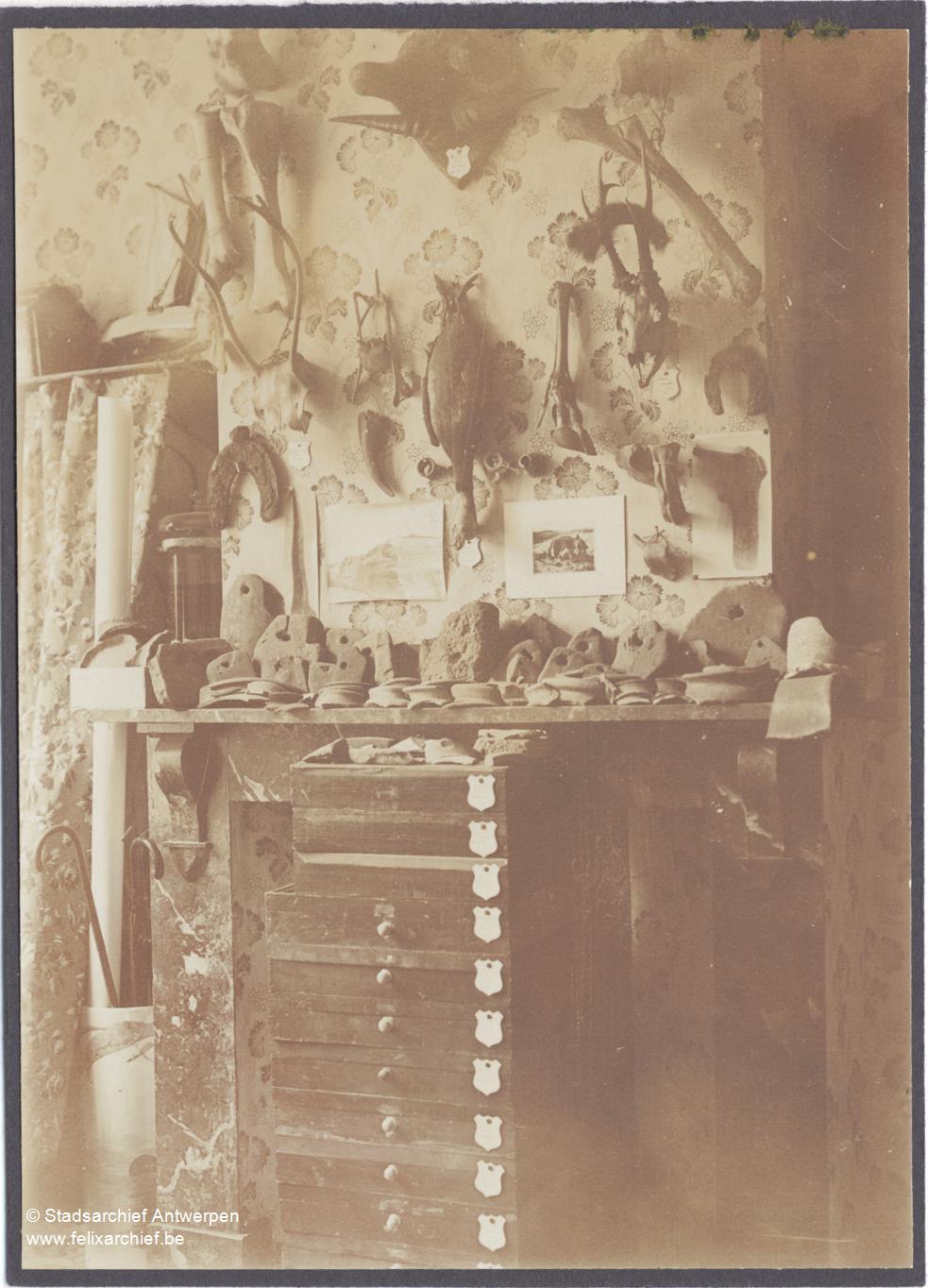