Lecture Vincent Oeters: The Sharing of Ideas: The Position of Belgian Egyptology in Western Intellectual History 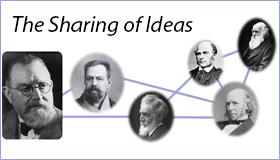 On Tuesday November 5, 2019, P&P-member Vincent Oeters MA will give a lecture at the Twelfth International Congress of Egyptologists - ICE XII which will be hosted in Cairo, Egypt from 3-8 November 2019. The title of his lecture will be The Sharing of Ideas: The Position of Belgian Egyptology in Western Intellectual History.

In Belgium, Egyptology emerged later than elsewhere in Europe, but in the course of the first half of the 20th century it went through a remarkable rapid growth. Since Belgian Egyptology emerged relatively late it is likely that theoretical developments were imported not only from Egyptological schools abroad but also from other disciplines.The research discussed investigates how Belgian Egyptologists in the first half of the twentieth century influenced, and were influenced by intellectual trends in Egyptology and the human sciences at large. To this end the networks of interpersonal relationships between them and their colleagues abroad will be inventoried, key themes in their research will be defined, and placed within the context of the then current academic debates and approaches in archaeology, the history of religion, social anthropology and art history. An attempt is made to define within which theoretical currents Belgian Egyptology operated from its institutionalisation in the early 20th century onwards.